Gira KNX/EIB is an intelligent system that creates greater convenience, security and value through automation and remote control. Central device control operations, light scenes, occupancy simulation and time-controlled room heating, for instance, can be implemented using the Gira KNX/EIB system. Recurring processes – such as blind control or watering of the garden – can be automatically controlled at the desired times or depending on the weather conditions.

The prerequisite for this is that the user must have already opted for a KNX/EIB installation during the planning phase. KNX/EIB is initially just a green cable that is laid flush-mounted together with the power supply. The intelligence is added later. It is hidden in the touch sensors. These devices replace the conventional switches and send control commands via the bus lines – to lights, blinds, the music system and other KNX/EIB-capable devices.

Even complex solutions can be realised. However, it is then advisable to use a Gira HomeServer. This is where all the information is collated and where all the commands that turn radiators up or down, for example, and, in so doing, help to save energy, are sent from. Door intercoms, cameras and audio systems can also be integrated into the home control. All the functions can be easily operated using a central control unit such as the Gira Control Client, a PC or an iPhone or iPad.

Trained electricians can implement almost any desired function. One major advantage of the KNX/EIB installation is that the system can be modified and expanded at any time. If new or other functions are desired, they can simply be programmed. 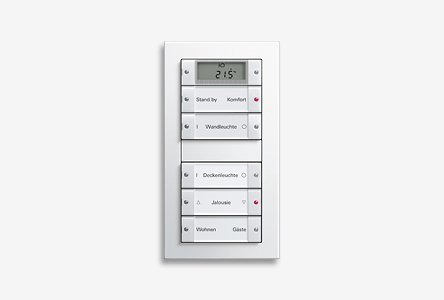 Operating various functions with the touch of a finger

A wide variety of functions – such as externally saving and calling up light scenes, switching and dimming lights, and raising and lowering blinds – can be controlled with the Gira touch sensor 3. If requirements change, the button assignment is simply reprogrammed. Each button is inscribable for clear assignment of what is being controlled. The inscription space is discreetly backlit. This makes it easy to find the touch sensor in the dark and means that the inscription is legible at all times. 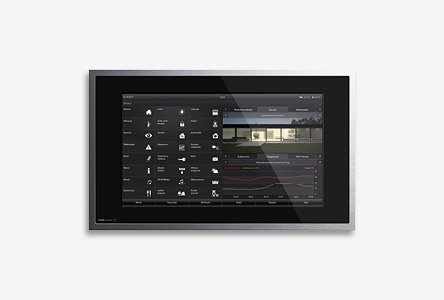 Centrally controlling all the building technology at a glance

The Gira Control 19 Client is used to operate building technology in conjunction with the Gira HomeServer 3. Light, blinds, ventilation, heating, household appliances and multiroom audio systems can be centrally operated using the large touch screen with a screen diagonal of 47 cm [18.5”]. The Gira Interface, the user interface of the Gira HomeServer, makes all functions easily accessible. It can also be used as a home station in combination with the Gira DCS IP gateway. 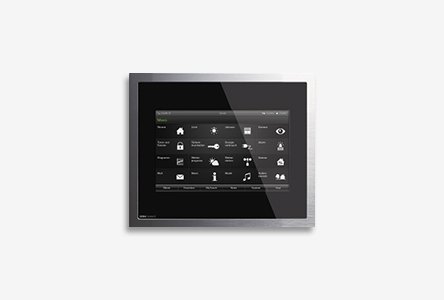 The Gira Control 9 Client is a compact control device for the Gira HomeServer 3.With its brilliant touch screen, it enables control of all the building technology with just a single finger. The Gira Interface provides a clear overview andeasy access on the touch display with a screen diagonal of 22.86 cm [9”]. The Gira Control 9 Client also becomes a home station when used in combination with the Gira DCS IP gateway. 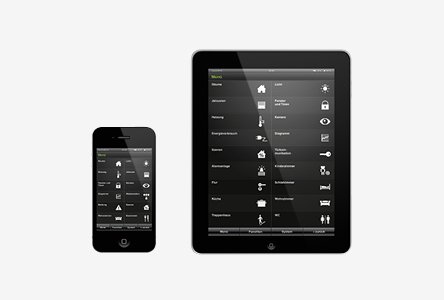 With the Gira HomeServer/FacilityServer app, all the building technology can be conveniently operated from a mobile device – using an iPhone, iPad or iPod touch via GSM, UMTS or WLAN. The app for controlling the Gira HomeServer and the KNX/EIB installation in the home has a uniform user interface. You can therefore access all the functions with ease wherever you are, and you have a constant overview of all the building technology.